Starting to use DuckDuckGo as my search engine.  It doesn’t track you and provides lots of privacy safeguards other search engines do not.  I suspect sometimes there won’t be a substitute for (ok, I’ll call them out by name) Google, but for now my default search is DuckDuckGo.

A long article about neo-feudalism in American Affairs.  Lots of good facts, but the article seems to suffer from a huge hole at it’s center.  It is trying to discuss a political trend in America without discussing American politics.  At it’s core, Feudalism is a Conservative system, almost by definition.  Still, worth a read.

From the UK Guardian.

Sticky or magnetic? Which US states attract people and which do they leave?

Only one in four residents of Nevada were born there, while 78% of people in Louisiana are natives

From the UK newspaper the Guardian:

After a Republican bragged about cramming ‘Dem garbage’ into certain districts, a grassroots campaign has given the power to redraw political maps to the people

The Dark Psychology of Social Networks

With the anniversary of the fall of the Berlin Wall and the collapse of the Soviet Union, there was not much mention of the Czech Velvet Revolution from around the same time period.  My connection to this involves the music of Frank Zappa.  His music was a sort of catalyst for the revolution.  The band Plastic People of the Universe, named for the Zappa song, became a rallying point that eventually led to the overthrow of the Czech communist regime.

The first Czech president after the revolution, and friend of Frank Zappa, was the playwrite Vaclav Havel.  I recently ran across his essay, The Power of the Powerless.  A bit long but the first half is eye opening and about they way the former Soviet Union controlled people by controlling access to information and enforcing a certain conformity.  I found a copy of the essay available on Amazon for $44 (for the eBook!).  Below is a link to the Time Machine version, badly scanned but still readable.

Václav Havel: The Power of the Powerless

Went out to see Bob Schneider at the Saxon last night.  Plus some good Tex-Mex from Chuys and BBQ from Southside. 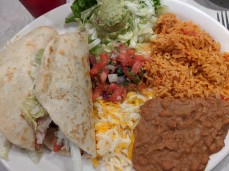 A good read about an NFL player who decided to retire — at halftime of game 2.

Vontae Davis retired at halftime of an NFL game. That’s just the beginning of his story.

The Long-Forgotten Flight That Sent Boeing Off Course