When I was younger I fell in with a crowd of Libertarians.  We were younger and the emphasis was on the “Liberty” part.  I used to say, half jokingly, that Libertarians were just Republicans who wanted to smoke pot (legally).  In heavily Baptist Texas at the time it seemed like it could be a good idea.

I read Ayn Rand, but it was poorly written stuff and seemed very far-fetched.  I mean, would the world really collapse if a bunch of billionaires left society?  Really?  And how could they thrive, much less survive, Gilligan’s Island-like, with just a handful of people, even very smart people?  I mean, they certainly wouldn’t have iPhones.  I doubt they would have decent clothes after a year or two.  Forget the private planes zipping in and out.

I ran across this older PBS article that was probably bumped up by the Sears bankruptcy.    A good story.

Oh, those old friends:  I would say they are pretty much plain old Conservatives these days, maybe even far-right.  I could go on with the inherent flaws in Rand’s ideas, but that would take a while.  These days when I run into a younger person who seems to be taking this ‘philosophy’ seriously, I mostly try to show some disrespect for it and maybe let them figure it out themselves.

Column: This is what happens when you take Ayn Rand seriously

From my friend Dave, some films from the Library of Congress.  Who needs Netflix?

Selections from the National Film Registry

I read this when it first came out, and I have to admit it befuddled me.  It was such a strange point of view to me.  Certainly this was a serious person with serious ideas published in a respectable magazine.  I went back to re-read it (I admit I googled for Alice Walker, not Toni Morrison so I had trouble finding it at first).

I have read it three or four times in in the last couple of years and it embarrasses me that I didn’t understand what the author was talking about.  It was a literal account of what was happening, and what was about to happen.  I would say it is prophetic, but only because I didn’t see what was coming as quickly as the author.

Today every time I see people being gunned down by some bland fellow (Las Vegas last year, Pittsburgh this week) this pops into my mind, and I read it again.  I don’t know what the answer is, and the author doesn’t seem to either. 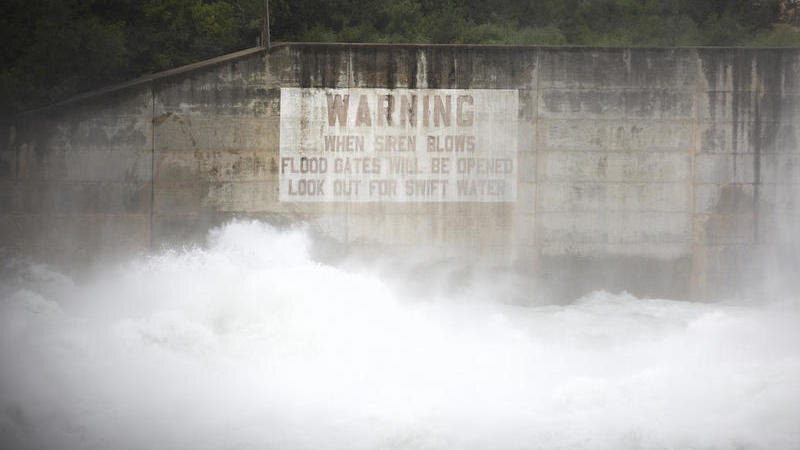 Haven’t seen this on the national (tV) news.  The 11th largest city in the US doesn’t have clean drinking water.

They say Texas weather is a drought punctuated by floods.  Looks like Lake Travis is up 40 feet this month, most of it in the last few days.  Chart from:  http://travis.uslakes.info/Level/

I am a bit of a blockchain / cryptocurrency skeptic.  I am a technology guy and I never was able to get a good understanding of what was unique and what problem was being solved.  Roubini  (a.k.a. Dr Doom) has a pretty harsh take on the Bitcoin universe.

Drove the Tesla 3 to College Station from Austin.  Charged it up to the full 300 mile range, figuring it would be enough for the 105 mile distance and back.  Turns out a little extra driving, maybe some dependence on speed, wind, hills rounding error led to us getting back into Austin with less than 50 miles on the battery.  Except we spent maybe an hour and a half charging up at the sad little charger at the back of the George Bush Library.  Probably added 30 or 40 miles.  We would have made it anyway, but it would have been close.  I guess the lesson is charge when you can and be conservative in your estimates.

Why you have (probably) already bought your last car

“[electric cars] are more reliable, for a start. The typical electric car has around 20 moving parts compared to the 2,000 or so in an internal combustion engine.

As a result electric vehicles also tend to last much longer. Most electric car manufacturers expect their vehicles to keep on going for at least 500,000 miles.”

I think the electric car part is right, and this will have far reaching effects on the US and the world.  Think gas stations, oil companies, auto repair shops.  This happened many times before.  We used to go to the far ends of the earth to get whale oil.  This large international industry also vanished almost over night, along with the sailors, shipbuilders and their associated support industries.

I differ a bit on the self-driving part though.  I am still a skeptic of turning an automated car loose on the roads with a bunch of humans.  Ultimately I can see transportation as a standardized service (think of how the internet is organized around standards).  You will still have problems like malicious actors, but things will function pretty much like a decentralized version of public transportation.