An article from this summer, before Hurricane Maria.  Puerto Rico is now essentially run by a small committee appointed by the US president:

The new law, PROMESA, staves off a financial emergency, but does little to fix the underlying troubles of the island and its people.

My Alt-Facebook is only a few days old, and I have only told two people about it.  I want to get a week or so of use, just to be sure it does all the things I want it to.  So far it works for me, and I will probably keep this going.  The ‘interaction’ part will probably decide how much time I spend on Facebook.  Some comments (in case anyone else is thinking of going this route):

I keep thinking of what another old friend said when I asked why he wasn’t on Facebook.  He said (I paraphrase) that he didn’t think he had much to contribute to the conversation.  I disagree, since he is probably more thoughtful people I know, but it does make you wonder about you own ‘contribution’.

Anyway, here is a photo of the cats taking an afternoon nap in my bed.

An article in Quartz via Ritholtz’s Reads (I am meta-curating): Brace yourself: the most disruptive phase of globalization is just beginning.  I don’t especially agree with much of this, but it is a good read.  One thing it gets right is that part of the equation for a ‘Free Market’ is free movement of labor.  This is what Globalization (and treaties such as NAFTA) miss.  Capital, jobs and even entire factories can move, but the labor can’t.  The thoughts on telepresence are interesting and bold and something I have never heard even from people who work in telepresence companies.

I check out Ritholtz’s Reads daily.  Some of the best curated articles on-line.  I’ll probably post lots of stuff pulled from here, but mark it and check it out yourself.  There might be things you like that I don’t.  Mostly finance oriented, but really a mix of content. 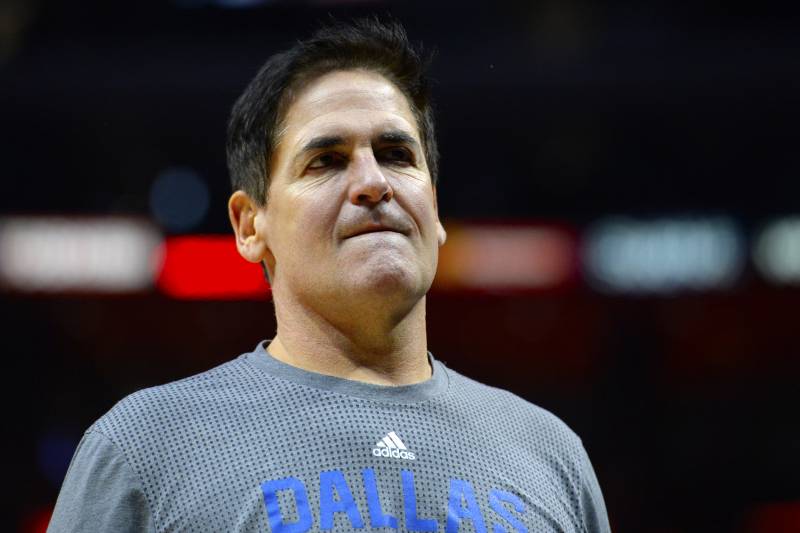 Dammit, now I’m starting to like Make Cuban.  Crazy times we live in.  From the Bleacher Report:

Lately it has become fashionable to delete your Facebook account.  The privacy issues, the politicization, the arguments among old friends have taken much of the old fun out of Facebook.  I have posted a few articles over the last year about some of the problems of social media, so there is no need to rehash those here.  I have decided that I don’t necessarily want to dump Facebook completely.  I would just like to have a place to post content that they don’t own and exploit.

I have to admit I do like my Facebook.  Keeping in touch with friends, finding out about interesting articles that I might not have run across.  Joking around.  What I have found is that in the last year or so I have reverted to email communication with a few close friends.  Facebook turn out to be a poor substitute for personal communications.  So this got me to thinking:  maybe there is a way to supplement other parts of  Facebook.  I didn’t want a replacement, which would just bring about the same problems, just a way to shift away from their platform a bit.

Not that WordPress is any less ‘private’.  Heck, the Facebook people could just as easily come over to this site and collect data on me.  But I just want to make it a little more difficult and give myself a bit more control back.

We will see if this works out.  Best case, I keep doing this and so do other people and maybe it works as a counterweight to the concentrated power of Social Media giants like Facebook.  Anyway, much of what I like about Facebook is that it is an archive of things that I did and things that interested me.  This serves that purpose completely.  I expect a lower level of interaction here, but hopefully a higher quality.

Just testing how to add photos to this WordPress blog.  Not bad, it can take them straight from my Google Photos.  For our trip to Germany last month.  The Holocaust Memorial near the Brandenburg Gate in Berlin.

Update:  Curious about multiple photos.  Instead of adding a new post up top, I am going to edit this one and add a few more photos just to see what happens.

Ok, so that seems to work.  And there is a menu next to the (+) icon that lets you select from Google Photos.

This is my experimental Alt-Facebook page.  I will be using it as a sort of experiment to post content outside of Facebook / Instagram.  While there is lots to like about Facebook, there is lots to dislike, too.  I’m not sure where this will go.  I suspect I will still go out to Facebook to see what everyone else is up to, but will use this for more personal interactions with friends and family.