Grande posted a photo of her tattoo. In Japanese, it reads, 七輪 (shichirin). You can see the pic photo (via Grande’s official Japanese Twitter), which has since been deleted from her Instagram.

The kanji character 七 means “seven,” while 輪 means “hoop,” “circle,” “ring,” or “wheel.” However, when you put them together, the meaning is different! 七輪 (shichirin) is a “small charcoal grill” and not “seven rings,” which is written differently in Japanese.

I have spent some time trying to understand the situation in Venezuela.  How could a country with such natural wealth end up in so much economic trouble?  Most of the articles I found seemed to cast the problem in political terms.  The conservatives were corrupt and stole all of the oil money.  The socialists were corrupt and stole all the oil money.  I suppose both could be true.

A friend from Iran recently used the term Black Curse for oil,  The article I just read used the same term several times.  I suppose that is a good way to look at it,  Throw a group of people of any sort into a vast supply of easy money, and watch things go down hill.

The article below isn’t ‘impartial’, but it does seem to be factual (it is a book review of a biography of Hugo Chavez).  A good read if you are interested in how things got so bad in Venezuela and how it could happen in other places.  From the London Review of Books, from a few years back (it turned up in a mailing I get):

Down from the Mountain

Headline from the Times-Picayune: 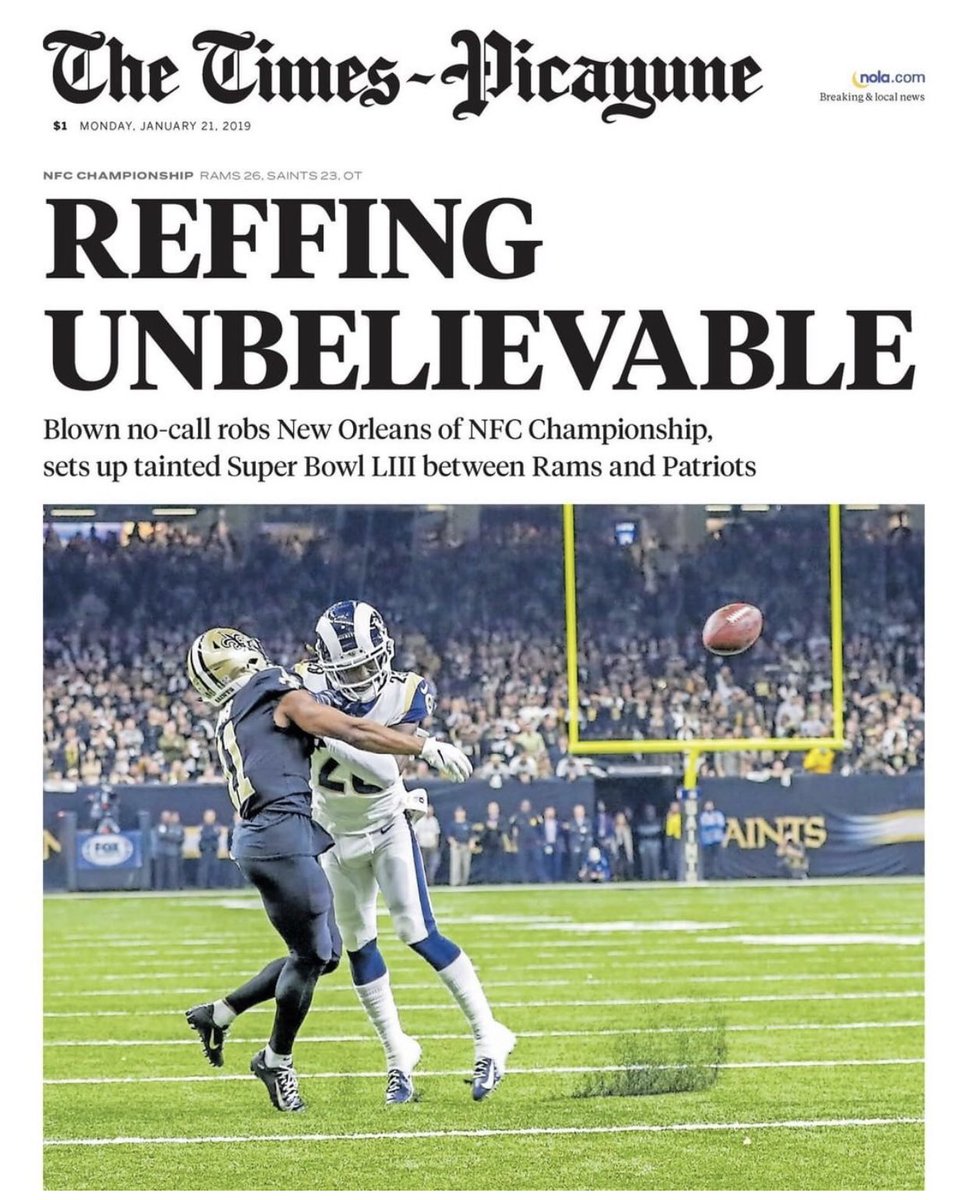 Watched Saints Rams.  That missed intereference call is gonna go down as one of the worst pieces of officiating in history.  Probably lots written by tomorrow.  For now: https://fansided.com/2019/01/20/saints-fans-react-worst-non-call-nfl-history/

Started another batch of sauerkraut.  Last one was good, but maybe I went too far with onion, fennel and other goodies.  Going to go simple this time.  Just cabbage and salt.  Had it out in the garage all day and there was hardly any brine.   Maybe too cold outside.  Moved it to the kitchen for the evening.  Looking better already.  Maybe my family will even try some.

Took my wife out to Uchiko for her birthday.

Got up early this morning to let the dog out.  I looked at the clock on my little weather station and quickly realized it wasn’t as early as I thought; the clock was an hour off.  I’m still not sure what happened, but I wondered if the government shutdown might have led to problems with the clock sync signal these device use.

I have to admit, I don’t really know much about how this works.  A quick Google shows that it uses a radio signal called WWV.  From Wiki:

WWV is a shortwave (also known as “high frequency” (HF)) radio station, located near Fort Collins, Colorado. It is best known for its continuous time signal broadcasts begun in 1945, and is also used to establish official U.S. government frequency standards, with transmitters operating on 2.5, 5, 10, 15, and 20 MHz.[1] WWV is operated by U.S. National Institute of Standards and Technology (NIST), under the oversight of its Time and Frequency Division, which is part of NIST’s Physical Measurement Laboratory based in Gaithersburg, Maryland.[2]

WWV was first established in 1919 by the Bureau of Standards in Washington, D.C., and has been described as the oldest continuously-operating radio station in the United States.[3] In 1931 it relocated to the first of three suburban Maryland sites, before moving to its current location near Fort Collins in 1966. WWV shares this site with longwave (also known as “low frequency” (LF)) station WWVB, which transmits carrier and time code (no voice) at 60 kHz.

Google also turns up recent stories about proposed budget cuts that could shut down WWV and a similar stationing Hawaii, WWVH.  From the Voice of America (learning English page — hey, why not!):

My wife mentioned this to me today.  Found an article on it on Business Insider Nordic.  Turns out CostCo is sold out, but you can get it on Amazon, too.

I Gave a Bounty Hunter $300. Then He Located Our Phone

T-Mobile, Sprint, and AT&T are selling access to their customers’ location data, and that data is ending up in the hands of bounty hunters and others not authorized to possess it, letting them track most phones in the country.